Raise your hand if you have never heard of Napoleon Hill … I see you are few!

But I’m sure many of you don’t know a couple of really good Napoleon Hill books, and in this post, I want to tell you about them because they really deserve to be read!

So get comfortable with something hot to drink nearby, as we enter the wonderful world of motivation and personal growth with the 3 best books in my opinion written by Napoleon Hill!

The Tenth Part is reader-supported: As an Amazon Associate, I earn from qualifying purchases. For more information, visit my Affiliate Disclaimer

Who Was Napoleon Hill?

Born in Virginia in 1883 into a poor family, Napoleon was a rebellious boy who loved to write. 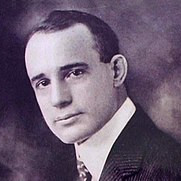 It was writing that improved his life: at 13 he began writing articles for some local newspapers and was so good that over the years he managed to pay for part of his studies at the Faculty of Law thanks to his work as a journalist, but the pay was not sufficient to cover all the costs and therefore he abandoned his studies.

One day he was commissioned to interview steel magnate Andrew Carnegie, and he promised to reveal to him the secret of success on one condition: Napoleon for the next 20 years would have to interview successful men and women and then write a book to spread what he had learned and understood from their stories to the world, to let ordinary people know the way to success.

The result of that promise was the summary of over 500 interviews: “Think and Grow Rich“.

Written in 1937, “Think and Grow Rich” is the great Napoleon Hill’s motivational classic, the book that everyone has heard about at least once (even inappropriately).

The book that cannot be missing in your library if you want to define yourself as passionate about personal growth.

Unjustly (or cunningly?) underestimated by the “new gurus” of personal growth, who in my opinion in many cases either have not read it or not understood it, this book IS and remains a cornerstone of motivational literature.

In spite of those who only read the titles of a book, in fact, “Think and Grow Rich” does not in the least speak of wishful thinking or sitting and imagining something that then comes to you on its own, criticism that is usually brought by those who never even opened the book, but want to be renowned as personal growth “experts”.

In this book Napoleon Hill explains what is known as his Golden Rule, that is, the set of steps to be taken to achieve success: 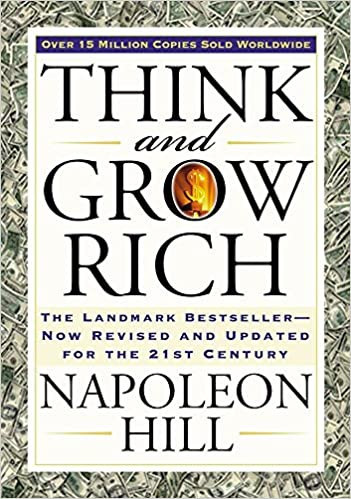 Transmutation (transfer) of the Sexual Energy

“Thoughts are things” is an ancient concept, also handed down by the Buddha: be careful of what you think, because it will materialize in your life.

It is also one of Napoleon Hill’s favorite concepts, so much so that it gives the title to the first chapter of the book. I have a bracelet with the inscription “Thoughts are things” engraved, so I don’t forget it!

Telling a series of stories of people who have achieved personal and financial well-being, often in the face of great misfortune, “Think and Grow Rich” is a book that gives a lot of motivation and charge, it really opens your mind, while for over 100 times, masking it, it passes you its basic message: to achieve success you have to firmly believe in it and work your a** off.

“Edison failed 10,000 times before perfecting the electric light bulb. Don’t worry if you get it wrong once”

Each chapter contains pearls, but what I think is the best is the last one, entitled The Six Spooks of Fear, in which Hill not only invites us to do an analysis of what holds us back in life but lists the famous 55 excuses that each of us says to himself in order not to act.

You Can Work Your Own Miracles 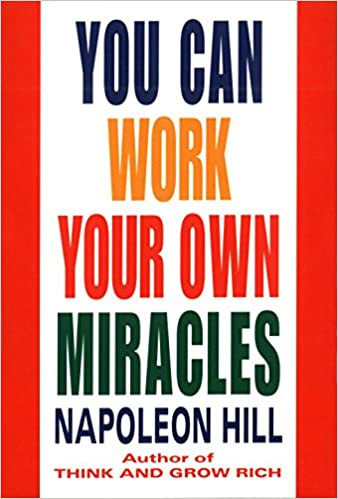 It is the last book written by Napoleon Hill in 1970 and published posthumously in the following year – 1971 – by the Napoleon Hill Foundation.

It is therefore a very modern book, which demonstrates how its teachings still work after about 40 years from “Think and Grow Rich“.

Hill got the idea for “You Can Work Your Own Miracles” … while he was at the dentist!

Pulling out some teeth to put on dentures, he and the doctor realized that not only he was not in pain, but he hadn’t even noticed that the dentist was almost done and had already taken out 6 teeth – and he had to remove 9 in all! -.

The doctor then suggested to him to write a book on how to overcome the fear of operations, and this is how “You can work your own miracles” was born.

“Everything and every circumstance, pleasant or unpleasant, brings water to the mill of your life. Live it in this light, accept it for what it is and let it help you, rather than torment you with fear and worry. “

In 15 short chapters, the book deals with all those that Napoleon Hill defines as the Miracles of Life, capable, if mastered, of allowing a balanced, prosperous and happy life.

While “Think and Grow Rich” is more oriented towards achieving success in finance and business, “You Can Work Your Own Miracles“, having been written with the idea of ​​helping people to overcome the fear of the dentist, is a text that helps to improve one’s life in general by overcoming the fears and limitations that we self-impose with our limiting beliefs.

Success Through a Positive Mental Attitude

Written in 1960 with W. Clement Stone, this is one of Napoleon Hill’s most criticized books, and also what I think I like best. 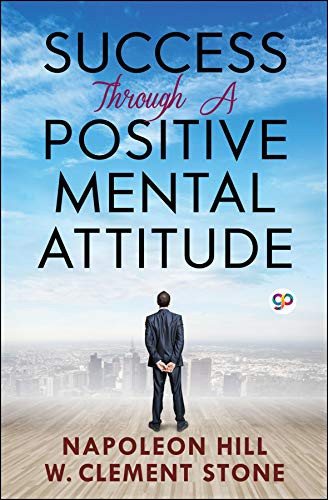 It is up to us, each time, to decide which side to turn our medal on, and all our thoughts and actions will happen accordingly.

In classic Hill style, the book brings back hundreds of stories of successful entrepreneurs, inventors, and rich people, where the difference was made by… their positive mental attitude.

Even in the face of grief, illness, difficulties, and failures, they never gave up and moved on.
Often their results have been given only by small changes made to previous ideas of other people who erroneously surrendered without insisting. (The most sensational case is that of the dispute between Reis and Bell over the invention of the telephone: Bell managed to transmit the human voice … by tightening a screw, and this allowed him to obtain the patent.)

As I always say, criticisms are often spurious, also because Hill is defined by his detractors as “the father of positive thinking” with the aim of denigrating his writings and arguing that he theorizes to sit on the sofa thinking positive and everything will go always good.

There is nothing more false.

Napoleon Hill’s thought is that the majority of people do not know what they want in life and this leads them to not have an iron discipline and motivation and to give up at the first difficulties, while history shows that those who have never given up and he always believed in it eventually achieved success.

The road to success is often a bitter path, but the fruits of which are very sweet.

In Napoleon Hill books, the mental attitude counts a lot, and I fully agree with him: the optimist is not the one who perennially sees the world with pastel pink lenses, but one who believes in himself and in his own abilities and knows that even in difficulties the seed of “greater or equivalent benefit” can be hidden.

I hope my explanations of the 3 most important Napoleon Hill books have interested you and made you want to read them.

I recommend them in particular to all those who have ideas, but they don’t know how to put them into practice or they live in a hostile environment to their projects and they need motivational support in order not to give up.
But you can also give it to yourself to overcome the blocks that prevent you from realizing “that dream”. You deserve it.

Leave me a comment below with your ideas and impressions on Napoleon Hill books!

4 thoughts on “Napoleon Hill Books – His Keys to Success”