“The universe is governed by THE LAW – One Great law.

Its manifestations are multiform, but viewed from the Ultimate, there is but One Law.

We are familiar with some of its manifestations, but are almost totally ignorant of certain others.

Still, we are learning a little more every day.

Little by little, we are revealing the truth.”

Brain Waves and Law of Attraction 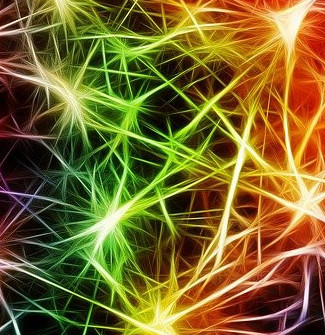 The incessant electrochemical activity of the brain is the basis of every stage of our consciousness that is achieved through rhythmic electromagnetic waves (or brain waves).

These brain waves are rhythmic fluctuations in the brain’s electrical brain activity that mainly governs the action of thoughts and memories. Depending on the type of activity in which the brain is occupied, the activated waves vary in frequency that can be calculated in “cycles per second” or Hertz (Hz) and can be measured with electronic devices, such as magnetic resonance or electroencephalogram.

Scientists commonly divide waves into “four bands”, which correspond to four frequency bands and which reflect different “brain activities”. The four most common states of these waves are Delta, Theta, Alpha, and Beta, which determine activities ranging from full awareness of the waking state of daily activity, up to mystical states dictated by hyper concentration.

There is still scientific debate on the fifth type of wave, the Gamma, which would be able to allow altered states of consciousness.

By observing the brain live through magnetic resonance imaging, it is possible to see slow waves of electrical activity that travel through the brain in a rhythm of seconds.

Like all electromagnetic waves, even those of our brain also propagate outwards: you will certainly have had your first contact with someone and have perceived a strong positive or negative charge coming from that person.

This is the electromagnetic charge of one’s thoughts, and it accompanies us wherever we go.

What Law of Attraction (LoA) Means?

Also known as “The Secret” following the demise of Australian author Rhonda Byrne’s bestseller, the Law of Attraction isn’t actually a fantastic discovery of modern times.

Its in-depth treatment dates back to the early 1900s, a period in which many books were written on the subject by authors such as Charles Haanel, William Atkinson, Florence Scovel Shinn, Joseph Murphy, and Wallace D. Wattles, who are rightly considered the founding fathers of this current of thought. 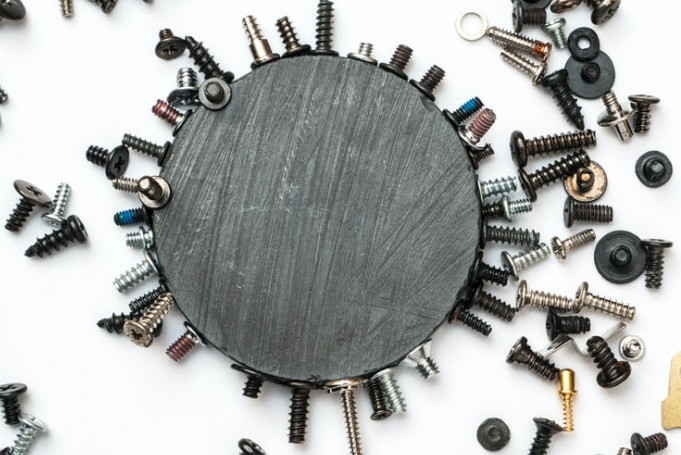 According to the Law of Attraction, therefore, your thoughts are a magnetic force capable of attracting anything they focus on for long enough.

LoA It’s Not About Wishful Thinking

Let’s start from the basics: when we talk about the Law of Attraction we are not referring to simple positive or wishful thinking: I know that many teach that “if you really want something, it will find a way to reach you” and there is a profound truth in this.

Understanding the Law of Attraction means first of all becoming aware of the fact that sitting on the sofa concentrating on one specific thing… is not enough. (DO’H!)

Yes, it is your everyday thoughts that attract the life you lead (and what you will do …), but it takes commitment on your part.

Moreover, the Law of Attraction acts at the subconscious level of your mind, the deep and automatic one: if on a rational level you are convinced that you want something (the famous million dollars!), but your subconscious over the years has been programmed with limiting beliefs such as “money is the eyes of the devil”, “who has a lot of money is unhappy”, “only the dishonest can have a lot of money”, THESE beliefs will guide you in life.

This may involve making a lot of money and losing it all or struggling to go ahead by putting together lunch and dinner, living paycheck after paycheck.

The required determination on your part requires you to first become aware of the subconscious beliefs you hold in order to break them down one by one.

Those beliefs had often formed with the teachings you received as children, and therefore at that age, your mind accepted them and never questioned them.

But today you are no longer a child, you have learned a lot of things in life and if you take these beliefs

and look closely, it will be easy for you to take them apart!

This takes time, energy, and action on your part, but you will see that when you start to see how your life changes they will feed themselves. 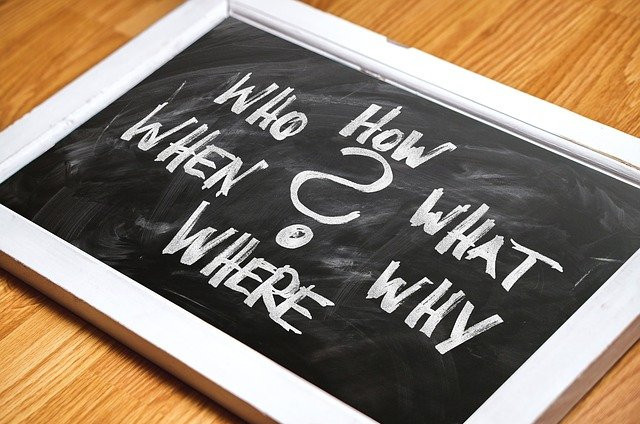 If, as I hope, you are realizing the attractiveness of your thoughts, and you have realized that you are always putting in place a vicious circle of negativity and pessimism, it is time to break the cycle.

I’ll teach you the power of questions (after all, I’m the coach!) To break down limiting beliefs.

For this example, I’ll take the classic phrase “money is the root of all evil”, but you can apply it to any belief. To understand the process, answer the questions as you find them.

If you need help disassembling yours write me in the comments, you can be of support to thousands of other people!

LIMITING BELIEF: “Money is the root of all evil”.

“Money is the root of SOME evil”

2. Can’t you do good things with money?

“Money is the root of some bad behavior”

3. If someone behaves badly is it because they are rich?

4. Is it the money that is misbehaving?

“Some people misbehave. In some cases, their bad behavior involves money.”

5. Is money the cause of all evil?

BREAKING THE CYCLE: “Some people’s bad behaviors are the cause of all evil. Sometimes they do it for the money, but money isn’t to blame!”

You can use this technique with any disempowering belief you have, it’s fun too!

Referring to the mental attitude, Napoleon Hill argued that each of us has a coin, with one side where it is written PMA (Positive Mental Attitude) and on the other NMA (Negative Mental Attitude).
We decide which side of the coin to show, since it is ours.

It would be foolish to think that we are never sad, angry, or tired: we all are, even me who am a stubborn and always positive optimist.
The important thing is to treat bad thoughts like passing strangers and never let them dwell in our minds.

Your attitude towards life, towards other people must always be positive and above all … you must know what you want!

You must learn to know what you want and pursue it with that unwavering trust and obstinacy that will make you arrive anywhere and with a smile, which will open all doors for you.

So from today, your homework will be to think affirmatively, knowing what you want to achieve and putting what you don’t want on the back burner.

Some examples:
Your boss calls you at the office for no apparent reason, think of at least 5 positive reasons why he or she would like to do so.

You are looking for a job, write 3 good reasons why you should be hired.

When you have to take an exam or interview, think of a meeting in which you had a good time and speaking came spontaneously.

The Power of Visualization 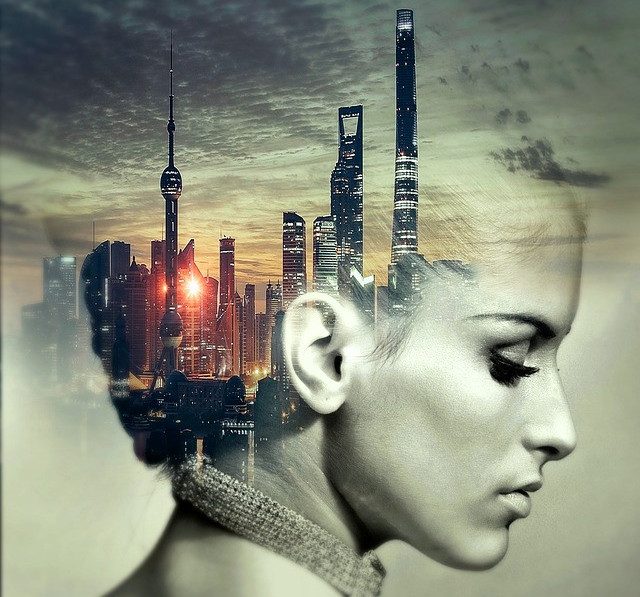 To end this article on understanding the law of attraction, I cannot overlook the step that accompanies every positive affirmation: visualization.

Used by sports champions to excel in their disciplines and break records, the visualization allows you to tune into the right brainwaves, as, seeing you already in the desired situation, your thoughts will spontaneously align with what’s in your mind.

Since there is room in your mind for one conscious thought at a time, if you focus on what you want there is no room for bad thoughts.

Visualization helps you speed up this process as it focuses your mind on desired reality, your thoughts will go behind the images you create and in your mind, there will be no room for anything else.

Visualization must always be present, not projected into the future, but as if you were already experiencing it now.

This is because already feeling in that situation, you will develop emotions and thoughts that will help you to really reach it: our mind does not distinguish reality from fantasy, if an image crosses it, it is real.

Conclusion on Understanding the Law of Attraction

Law of Attraction is a force whereby like attracts like. Your thoughts attract everything you think about, so you need to learn to focus on the positive aspects of life and your goals, leaving the negative ones to play the role of passing clouds.

Furthermore, to be able to attract what you desire, it is important that you are convinced of it at a deep, subconscious level: to help you in this, visualize the reality you want in your mind, living it as if it were a reality in the present because this will tune your thoughts and emotions on the right frequencies.

Do you have any questions or curiosities about the Law of Attraction? Have you ever experienced it in your life? Leave your comments below, I will more than happy to help you!

10 thoughts on “Understanding the Law of Attraction – the Whole Truth”